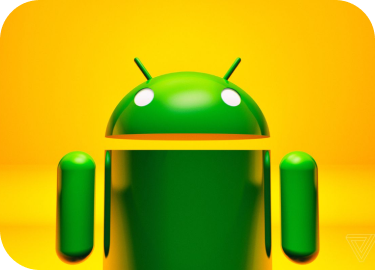 6 Must Have Tools for Android Developers

Android continues to reign as the most popular mobile OS across the world. Android, developed by Google, is based on the Linux kernel. The OS is primarily used on touchscreen smart phones, but it also used for tablets, Android TV, watches, and even cars.

Whether you’re a new developer or a veteran, Android’s global acceptance means that your users are most likely on the Android platform. If you’re not developing for Android already, now is the perfect time to start. There are limitless online resources that can help you with Android development. Along with these resources, many new tools have been created that make development for Android much easier. Here are the top 10 tools that we believe every Android developer needs to add to their toolkit.

If you have ever used Google’s default Android emulator, you were most likely frustrated with the slow loading times. Genymotion comes to the rescue by providing a free* hardware accelerated Android emulator. Genymotion allows testing on many different devices and makes boot-up times negligible when testing your app.

PhoneGap is a free and opensource framework that allows you to easily create mobile applications using popular web development languages such as HTML 5, CSS, and javascript. PhoneGap is great for developers who are either porting their app HTML 5 app to mobile. PhoneGap also works well for developers who are looking to build a more “lightweight” app that doesn’t require many of Android’s native features.

Ubertesters is a mobile application testing tool that supports Android and other mobile platforms. Ubertesters allows you to track test sessions in real-time on your app. This tool also provides other features such as distributing builds over-the-air which provides for more efficient collaboration with your development team.

No app is complete without some fitting icons. Icons4Android provides 1570 icons that are free to use in your Android application. Different color and size options are available on this free resource.

Fluid UI is a prototyping tool for mobile development. Create a mockup of your app on your device of choice. Then share your mockup with clients, users, and investors to receive feedback before you write a single line of code.

What An Offer Wall Can Offer You