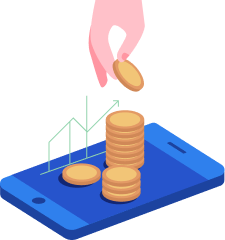 What Is Virtual Currency?

It doesn’t take a genius to see that game apps completely dominate the mobile app market.  As a result, game app developers are constantly trying to create the most addictive game to attract and retrain users in order to maximize profit.  A virtual currency is how game developers are achieving that goal.

The idea behind a virtual currency is that users can buy items, cosmetics, or upgrades through microtransactions.  There are two main types of in-game currency: “soft” and “hard”.  “Soft currency” is currency that players earn through gameplay and “hard currency” can only be purchased with real money.

Some of the most popular games in the world such as Maplestory, League of Legends, and EVE online, employ some use of a virtual currency.

There are three main in-game currency models when it comes to video games.

Some games opt to have no in-game currency at all.  Players use real money to buy goods provided by the game.  A good example would be Dota 2.  Dota 2 is a free-to-play game with an online shop that sells mainly cosmetics.  Valve, the company that owns Dota 2, encourages sales through discounts and bundles.

Most games have just one in-game currency.  Players can either work to gain it or trade real money for it.

The most successful monetizing games today employ multiple currencies.  In fact, this strategy is used by the top three grossing apps in the App store.  These games feature a “soft” currency and a “hard” currency that can only be purchased.  Many popular mobile games today actually have around four currencies.  More currencies create a more complex economy which encourages more spending.

Virtual currency is a powerful tool for mobile game apps to make a large profit.  Contact us to learn how to utilize virtual currency to earn more profit!

Increase RPU by recommending apps to your users